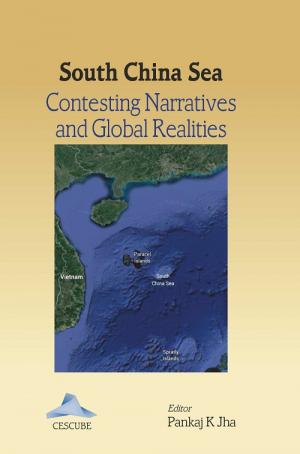 The book is an effort to bring about the contrasting narratives and the geostrategic compulsions faced by the claimant countries in South China Sea dispute. It also highlights the role played by major powers and discusses that why this dispute is going to get intense in future. The policies and positions of the countries related to the maritime disputes in South China Sea have been examined and the strategic discourse related to region is also addressed. The book highlights that military modernization, tensions between US and China, unexplored oil and gas deposits, and fisheries are critical components adding to hostilities in this region.

Dr. Pankaj K Jha is Professor with Jindal School of International Affairs (JSIA) and is also Editor-in-Chief of the JSIA Journal. He is Director of Centre for Security Studies (CSS) at O P Jindal Global University and is Executive director of Centre for Security and Strategy Studies (CESCUBE). He teaches national, international security, terrorism and defence strategy to the postgraduate students.  Dr. Pankaj Jha was Director (Research) with Indian Council of World Affairs for more than two and half years (2014-2017). He had worked as Deputy Director with National Security Council Secretariat (2012-2013) and was closely associated with national security apparatus in India.

9. SCS and the Long Impending CoC: Will there be a Solution? / Pankaj K Jha