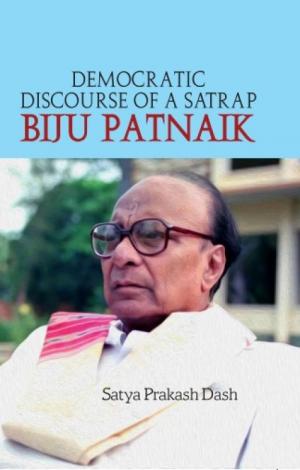 Democratic Discourse of a Satrap: Biju Patnaik aptly describes the role of late legendary leader Biju Patnaik in Indian politics and Parliamentary debates. The book contains the verbatim discourses made by Biju Patnaik on various topical issues that has been mapped and clubbed together. It is a discourse of half a century of Indian politics with specific reference to Odisha. The books contain some facts that have never come to limelight earlier. The book is a must for any researcher interested in role of political leadership and their contributions. Lastly, it is a humble tribute to the social services rendered by legendary leader Biju Patnaik.

Dr. Satya Prakash Dash is Head, Department of Political Science & Public Administration, Sambalpur University, Odisha. Earlier he had worked as a Fellow in Council for Social Development, New Delhi, and as Research Assistant in Odisha Legislative Assembly. He has visited China, Thailand and Sweden on different Fellowships. He has published research articles and two books and edited a book on Constitutional and Political Dynamics on the research articles of late Prof. Shreeram Chandra Dash, Former Professor, Utkal University, and Senior Advocate, Orissa High Court.