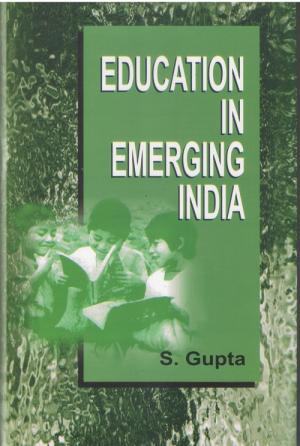 The book attempts to analyse the role of education in bringing about a peaceful and silent revolution for ushering in an era of harmony, peace, progress and prosperity in India. Various emerging problems of education in India are discussed in their philosophical, sociological and global perspectives. The special focus of this publication is on the realization of the aspirations, ideals and values as enshrined in the constitution of India and the vital role of education in this task. Role of education in population planning, conservation, protection and promotion of environment, eradicating poverty and generation employment, and strengthening emotional and national integration is suitably highlighted.

S. Gupta is Post Graduate from Delhi University, Delhi and has been associated with teaching since 1986. She has widely travelled abroad and participated in several seminars. She has co-authored two books with Sh. J.C. Aggarwal, a prolific writer.

27. Meaning of a New Social Order: Eradication of Illiteracy, Equality of Opportunity
Meaning of a New Social Order / 351; Social Order as Envisaged in Directive Principles of State Policy / 352; Illiteracy in India in the World Context / 353; Measures for Eradicating Illiteracy / 356; Promotion of Adult Education/Literacy in India / 359; Need for Social, Cultural and Economic Equality / 360; Measures for the Development of SCs and STs / 364; Progress Achieved in the Promotion of Education of SCs and STs in India Since Independence / 368; The Measures Contemplated for Education of SCs Include: / 369; Promotion of Education Among STs / 370; Other Backward Classes (OBCs) / 372